Who do I serve? 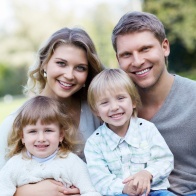 Sarah is 35 years old and has a five-year-old and a 3-year-old. Sarah and her husband work full-time. Sarah really wants to make sure that she has a successful career, is but she is also concerned about her kids’ dental health. She likes our early morning hour appointments so she can finish the dental visits before work. During one of the kids’ visits, Dr. Roca noticed that Sarah’s son was grinding his teeth at night. Dr. Roca ordered a sleep study and found the son had severe sleep apnea at the age of 5. After consulting with the sleep physician on Sarah’s behalf, Dr. Roca quickly came up with a plan to try and cure the sleep apnea. Since the child was only 5 years old his oral facial respiratory complex was still growing. Dr. Roca had a chance to open up the boy’s airway with functional appliances that moved his lower jaw forward to open up his airway. Dr. Roca was also able to give him myofunctional therapy. This strengthened his facial muscles and taught him the correct way swallow. This helped the face to grow forward and wider, instead of down and back. We told Sarah that we understand what it is like to be a working mom living in Arlington who is concerned about the complete health of her kids, and that we were here to make it as easy for her as we could. We helped Sarah with her dental needs and at the same time, we made sure that her child’s facial growth was on track and headed in the right direction. We reduced her son’s apnea from severe to very mild with the hopes that we can cure it completely, since she started when he was so young. 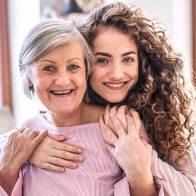 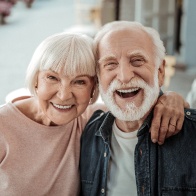 Rick was 65, had never had any routine dental care and was scared of the dentist. Dr. Roca assured Rick that she could remove his teeth without any pain and would use nitrous oxide during the appointment. Rick felt comfortable with Dr. Roca’s confidence and set up an appointment remove all of his upper teeth. Dr. Roca told him that he should not feel any pain at all, and if he had hint of discomfort he should raise his hand and let her know. Dr. Roca said that when person numb it is like being pregnant. Someone cannot be kind of pregnant, just like they cannot be kind of numb. A patient is either numb and feeling zero pain or they are not. After removing Rick’s teeth they let his mouth heal since that was what Rick wanted instead of an immediate denture.

A couple months later, Rick came in to get his new upper denture and loved how it looked. He said that never expected his smile to look so good or he would have done it years before. Rick continued to come in for regular checkups knowing that his lower teeth were hopeless, but he wanted to hold on to them as long as he could. At one of his 6 months appointment, Rick told Dr. Roca that he was having trouble chewing and biting into a sandwich. Dr. Roca explained to Rick that it is time for her to remove his lower teeth. She told Rick that the lower jaw did not have too much bone to hold a lower denture in place so she recommended he get implants. This time we decided not remove the lower teeth until the lower denture was ready. The plan was that on the day we removed Rick’s teeth we would place the four implants and give him his lower denture the same day. This is called Teeth-In-A-Day. Rick was concerned about the cost so Dr. Roca worked out a payment plan for him and sent the pre-authorization to his insurance company. Two months later Rick walked out of Arlington Smile Center with 4 implants on his lower arch and a new denture that no longer moved. Rick said that he would have been scared of this procedure before he met Dr. Roca, but over the years he had gained so much trust and confidence in her that he knew that she would not lead him down a path that was not right for him. 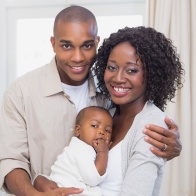 John and Patty are new patients at Arlington Smile Center. They also brought their toddler named Florence, age 2 for her first dental visit. They did not have any problems nursing Florence when she was a baby, but Florence had bad colic and reflux and appeared to be a tongue thruster. Dr. Roca explained to them how the colic and reflux is often connected to a posterior tongue-tie that many people do not know about. With this condition, when a baby is nursing the tongue-tie cause them to swallow too much air due to an incorrect lip seal. This leads to reflux and colic.

John and Patty were expecting their second child and having learned from Dr. Roca about Florence’s posterior tongue-tie, they remembered what Dr. Roca told them to look for when the new baby was born. A week after baby Lucy was born, mom felt that the nursing was challenging. John called our office to let us know that they had a new baby girl. He let Diana know that at their last check up, Dr. Roca told them how to spot the symptoms that might indicate a tongue tie. John had a suspicion that this could be the problem. Diana asked John to bring the baby over, and told him in order not to expose the baby to any germs, Dr. Roca would go out to the car to meet check Lucy. Lucy indeed had a tongue-tie that was restricting her ability to suction the breast milk and she also had a very tight lip tie that was interfering with her ability to suck. Dr. Roca asked them to come back at the end of the day when all patients were gone and we released baby Lucy’s tongue tie. As soon as the tie was released Patty nursed and started to cry. She said it never felt like this with Florence. She was shocked that it did not hurt at all to nurse and at how the baby was able to suck with her entire mouth around her nipple without spilling any milk. 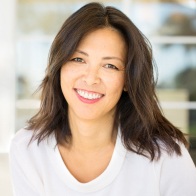 Sandy, age 45, always had crooked teeth and never wanted to smile. She was always tired and did not sleep well. A friend told her she needed to see Dr. Roca and that she would help her feel better. Sandy suffered from depression, anxiety, insomnia and fatigue among other symptoms. She had a deep bite with crooked teeth and a retruded jaw. After Dr. Roca went over her the patient form and medical history she told Sandy she can help her with her exhaustion and asked which problem she wanted to fix first. Sandy said that if Dr. Roca could fix both at the same time that would be ideal. Dr. Roca worked up a treatment plan to get Sandy’s teeth in a better position to help her sleep and improve her smile dramatically. She was able to get more air into her airway with the new placement of her teeth.

What Sandy realized that fixing her smile and her sleep would also change her face for the better. Her cheek bones were now higher, her lips were fuller, her face was more symmetrical and she could breathe through her nose much easier. Everyone commented on her beautiful smile and how incredible her eyes looked. Her eyes were symmetrical, wider and bigger since they were not longer pushed back. Sandy no longer suffered from allergies and no longer had insomnia. She was able to sleep eight hours and wake up fully rested. She tells everyone that Dr. Roca could have just corrected her crooked teeth but she looked at her as a whole person and wanted to get to the root of the problem of why her teeth were crooked in the first place. Dr. Roca and cured so much more than her crooked teeth.