Dr Roca started in July 2021 an intense integrative breathing class that lasts 6 months. She signed up for this class that meets weekly to learn exactly what dysfunctional breathing is, how to recognize it and how to correct it. She has found that teaching just one breathing method is not enough for all. Many medical conditions and patients require a specific breathing method for their symptoms. This class has been eye opening and Dr Roca is thrilled to be able to teach her patients how to correct their dysfunctional breathing that is 100 percent connected to our health and our sleep.

Dysfunctional breathing does not have a formal agreed definition or gold standard diagnostic method.

Some recent definitions of dysfunctional breathing have put emphasis on breathing patterns and link symptoms to the biomechanical neuromuscular aspects of breathing.

Examples in the recent literature:
“Dysfunctional breathing is a term describing a group of breathing disorders in patients where chronic changes in breathing pattern result in dyspnoea and often non respiratory symptoms in the absence of, or in excess of, organic respiratory disease”[60].

“Dysfunctional breathing (DB) is an overarching term describing deviations in the normal biomechanical patterns of breathing which have a significant impact on quality of life, performance and functioning. DB can be viewed as having two components; breathing pattern disorder (BPD) and inducible laryngeal obstruction (ILO)”[43].

“Dysfunctional Breathing can be defined as an alteration in the normal biomechanical patterns of breathing that result in intermittent or chronic symptoms. It can be subdivided into thoracic and extra thoracic forms. Thoracic DB is characterized by breathing patterns involving relatively inefficient, excessive upper chest wall activity with or without accessory muscle activity. This is frequently associated with increased residual volume, frequent sighing and an irregular pattern of respiratory effort. It may be accompanied by true hyperventilation in the minority of subjects. Extra thoracic forms include paradoxical vocal cord dysfunction and the increasingly recognised supra-glottic ‘laryngomalacia’ commonly seen in young sportsmen and women”[89]. 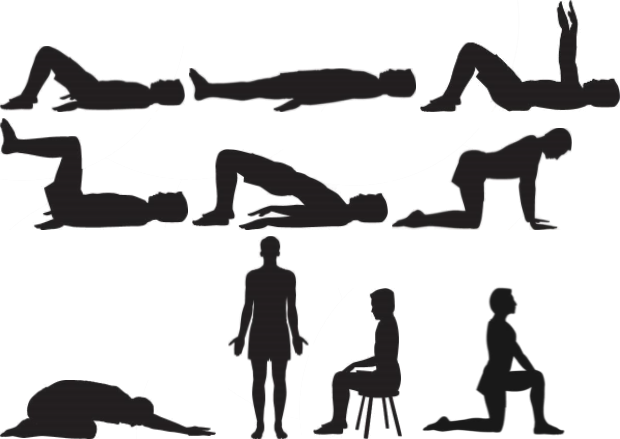