A good dental diet focuses on foods that strengthen your teeth, prevent cavities and avoid braces!

Just like any muscle or bone in the body, your kid’s mouth needs exercise. The type of diet and foods they eat influence how their jaw develops. This begins with breastfeeding, where tongue posture and nasal breathing help a newborn’s jaw to develop. Soon after breastfeeding, the introduction of solid foods helps the facial muscles and bones develop.

Alongside chewing and breathing, a child’s body needs the bone-growing minerals. These are managed by the crucial fat-soluble vitamins: vitamin D, vitamin A and vitamin K2. Without a diet rich in these foods, a child’s body won’t grow strong, wide facial and skeletal bones. Kids with crooked teeth have jaws that haven’t developed properly. They often have a thin face, wide palate and narrow dental arch. Orthodontic braces on kids’ teeth can straighten teeth, but don’t address why the child grew crooked teeth in the first place. 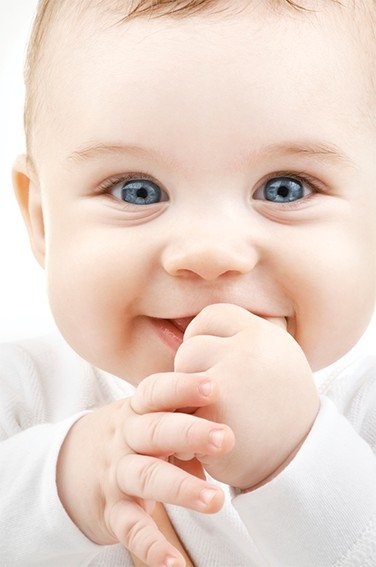 Start Out Right With Breastfeeding

One of the first steps in life that can prevent problems in a child´s bite is breastfeeding. In addition to all of the known nutritional and immunological benefits given to the newborn through breastfeeding, the movements produced by the lower jaw and the pushing of the tongue in order to suck the milk stimulate the growth of both the upper and lower jaws. To produce the best effect, the baby should be sitting on the mother’s lap with the head in a vertical position. No lying down! This concept is not new in many other countries, but think about it — who drinks or eats lying down? It makes it much easier for the baby to ingest more air.

When the teeth start erupting in the mouth, the baby is ready to move from a liquid diet to a soft diet. Then, when all 20 baby teeth are present in the mouth, your child is ready to chew all kinds of foods. This means the child is able to chew harder food (e.g. fruits with fiber, vegetables and meat). It is important to stimulate more chewing by offering these harder foods to your child. Chewing is the best exercise to produce healthy jaws and teeth!

A book that explained a lot about why our dental health has changed so dramatically over the years is “Nutrition and Physical Degeneration” by Weston A. Price. It’s even more timely and prescient than ever. Price was a dentist who graduated from the University of Michigan dental school in 1893. As he got into the first two decades of his practice in the 20th century, he became increasingly alarmed at the number of people with bad teeth, poorly formed palates, cavities, deformations of the jaw and, with those, serious health problems. He and his wife, beginning in 1929, traveled around the world to 14 different countries to find out how health elsewhere corresponded with modern Americans. He visited isolated and respectively more modernized cultures in a Swiss village, Gaelics in the Islands of the Outer Hebrides, Native Alaskans, North American Indians, Melanesians, Polynesians, numerous African tribes, Australian Aborigines, Torres Strait Islanders, New Zealand Maori and the Peruvian Indians. He also studied the kept skulls of ancient Peruvians — nearly perfect palates and teeth.

Bottom line: Dr. Price investigated these peoples, who subsisted on their native “wild” foods — meat, blood, butter, organ meats, milk, fish, rye, oats and some vegetables — and observed in them perfect dental arches, very rare tooth decay and cavities, and, most of all, immunity to tuberculosis. Their health, as well as their physiques, was found to be outstanding. However, in those groups where certain segments obtained modern foods of commerce — white flour, sugar, jams, vegetable fats and canned goods — their health suffered and tuberculosis became rampant, as well as serious birth defects, cavities, deformed jaws, crooked teeth and a host of other degenerative conditions. There are hundreds of photos throughout the book, and the difference between those who ate their native foods and those who had manufactured foods is truly, jaw-droppingly shocking.

Price documented his findings rigorously and thoroughly, with percentages and averages noted throughout. He also conducted numerous tests, curing several people of their health problems just by a change in food. The tests on vitamin A, vitamin D, butter and minerals reveal some crucial findings and results. Animals with no vitamin A were born blind or disfigured. There are several X-rays and photos that show the outcome of his tests. Price notes conditions of soils, contents and values of whole grains and grasses, as well as how they affect the final outcome — results of the consumption of these foods in humans and animals.

What it all boils down to is chemistry. The closer a food is to its natural origins and source, the better the health. The further away it is from its origins, the processing, the poor nutrients in growth cycles and the denaturing, the worse the effect. In some of these cultures, no two young people were allowed to procreate unless they had undergone six months of concentrated nutrition to maximize the health of the conceived child. Price makes constant note of the “native wisdom” that had been passed down from generation to generation. He presents not just a few token cases but hundreds of them, across several thousands of miles, and it is startling how consistent the findings are from place to place.

Though it was written in the 1930s, “Nurtition and Physical Degeneration” is nonetheless eerily prophetic of the ominous trends that punctuate modern technology, namely the changing nature of how humans and animals eat. There is a “Twilight Zone” sense of foreboding as Dr. Price’s research and findings unfold, chapter after chapter. What this book amounts to is a convincing, virtual warning on what is happening to the planet, to its food in all forms, and to the humans and animals that inhabit it. Dr. Roca has no reservations about saying that this may be the most crucial piece of work on nutrition to ever have been written.

Don’t delay! Call us now at 703-237-7622 to schedule your next preventative visit, or to ask us any questions about your routine care.